'The Flower Salesman'
2015
Dortmund, Germany
This mural was painted in response to the environment that was questioning the ability for refugees to integrate into society in 2015. Fares, was a 12 year old flower salesman and an essential part of the fabric of Hamra street, to the point where following his death, Hamra goers regretted him deeply.
Although I did not know him as well as others did, I remember him and his distinctive smile from the few times I bought flowers from him. Unfortunately, Fares passed away while back in his hometown of Hassakah in Syria in an airstrike.

I decided to paint him on a building in Dortmund (Germany) during the Huna/K festival, so that he can keep on spreading his positive vibe, and charming pedestrians to buy flowers from him. I think I also wanted to say that people who flee their houses in Syria have a good reason to do so. Fares was not an add-on to Beirut, he was an integral part of it; during his stay in Syria he was not safe.

I regret not painting him during his life.

Thank you for everyone that made this possible and helped: the kids from Anne Frank school, Zukunftsakademie NRW, Fadi, Guy, Don, Ahmed, Lukas 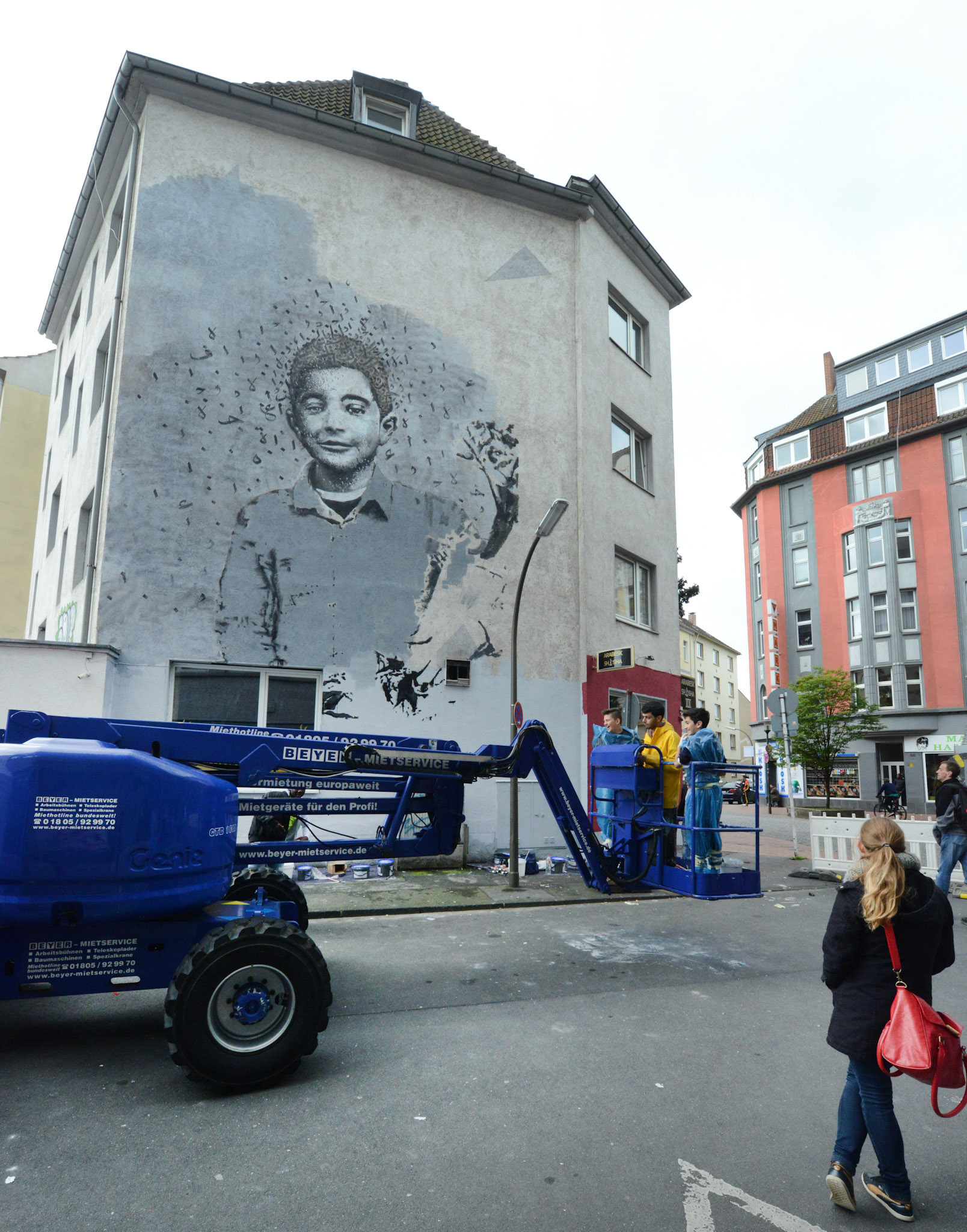 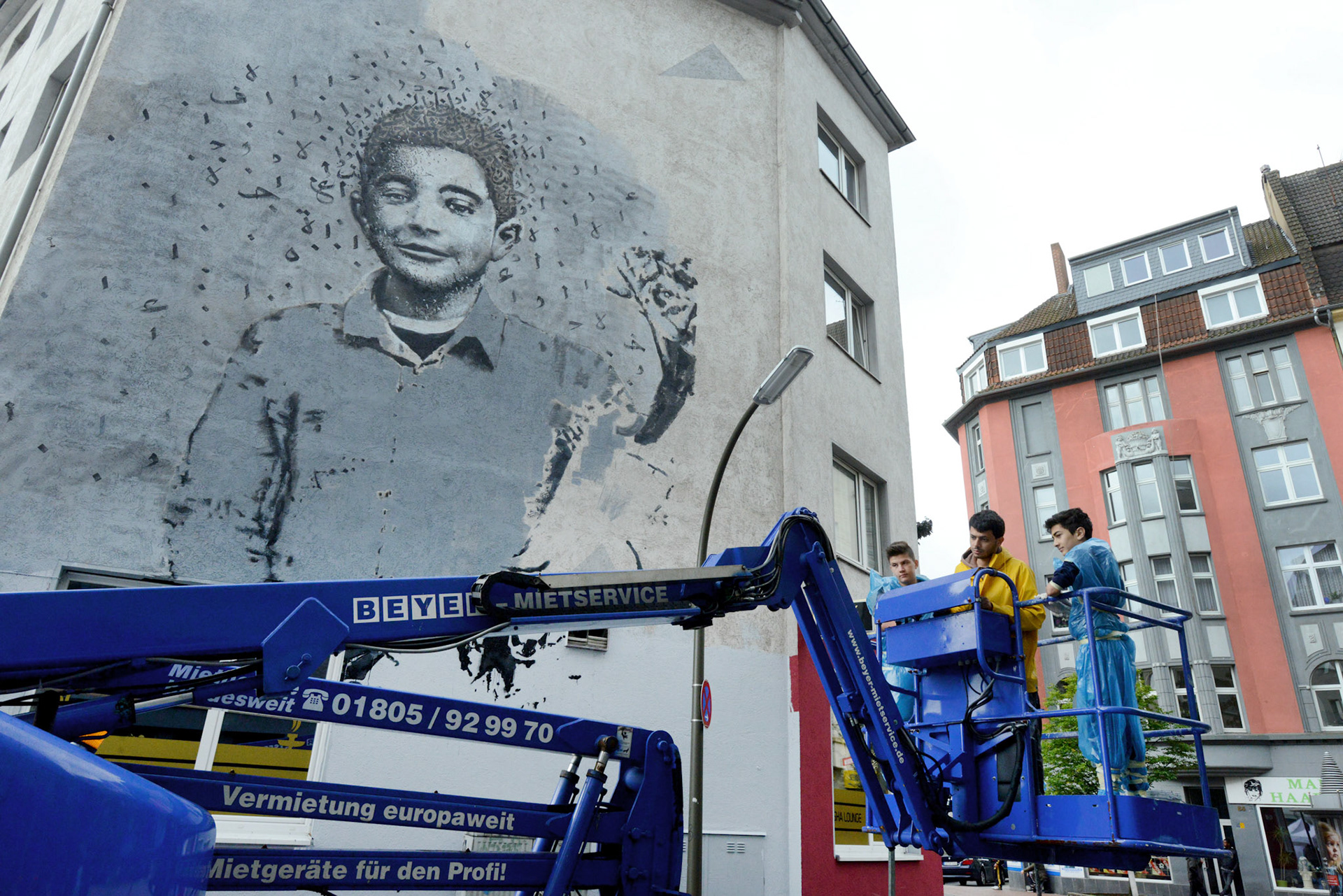 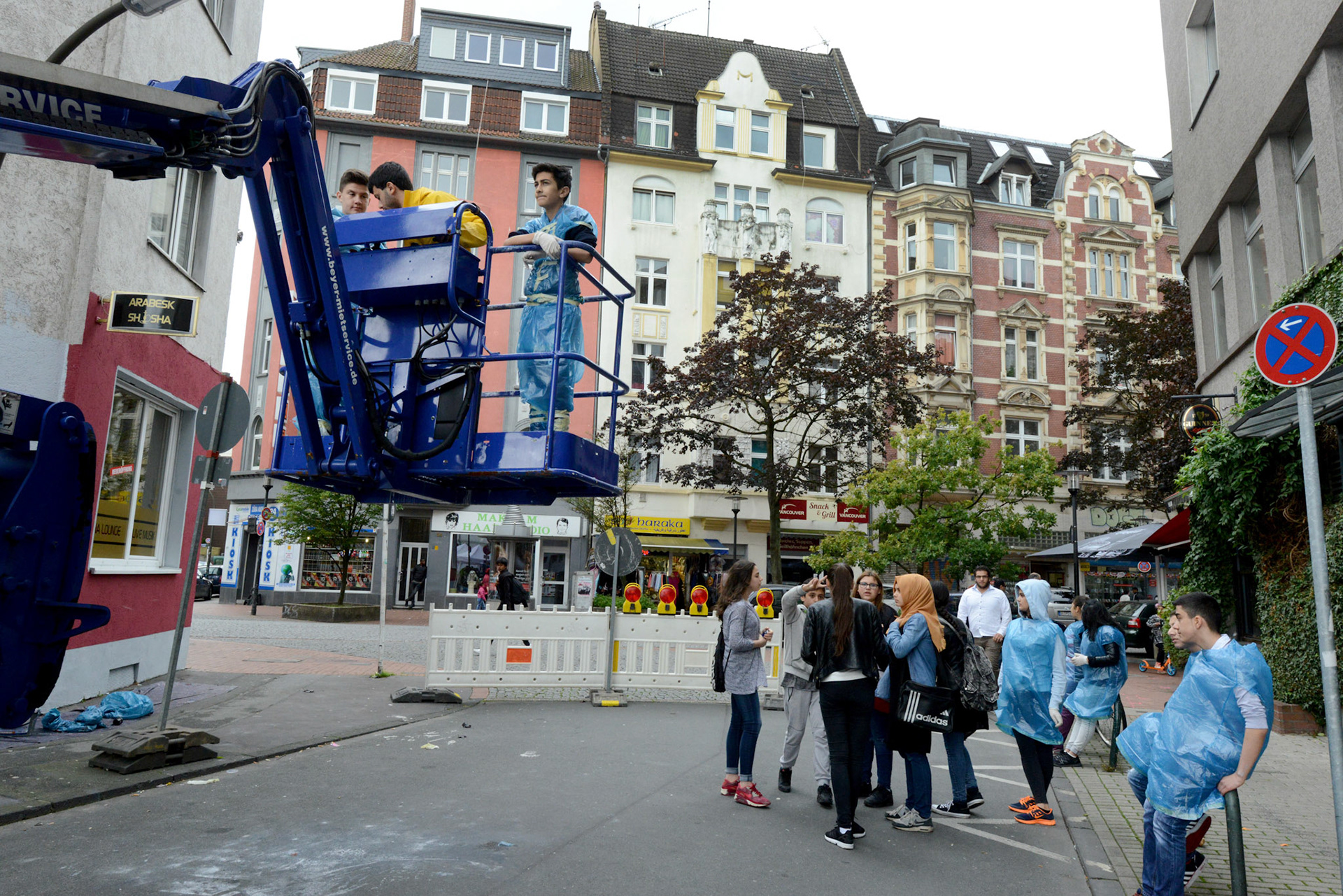 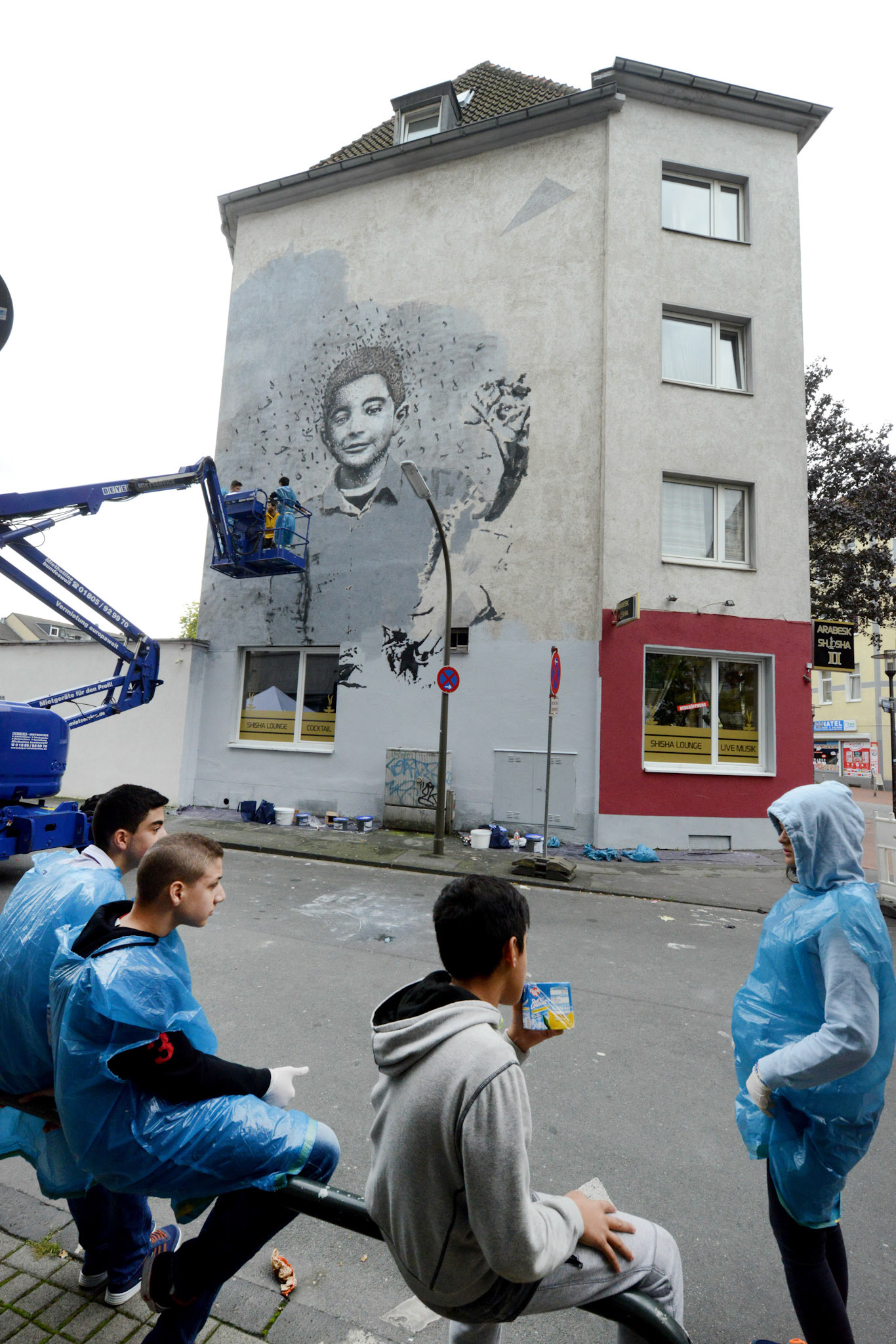 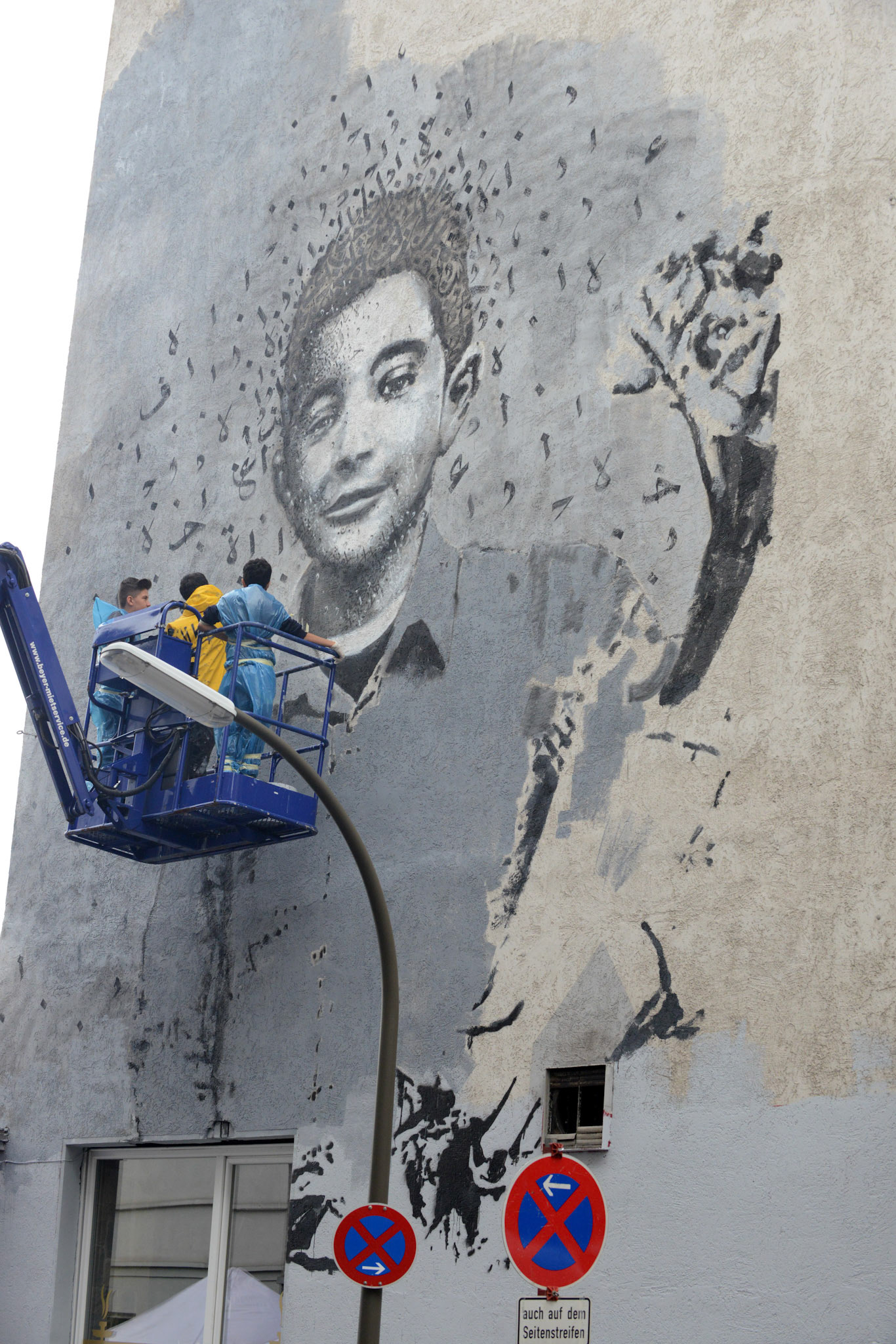 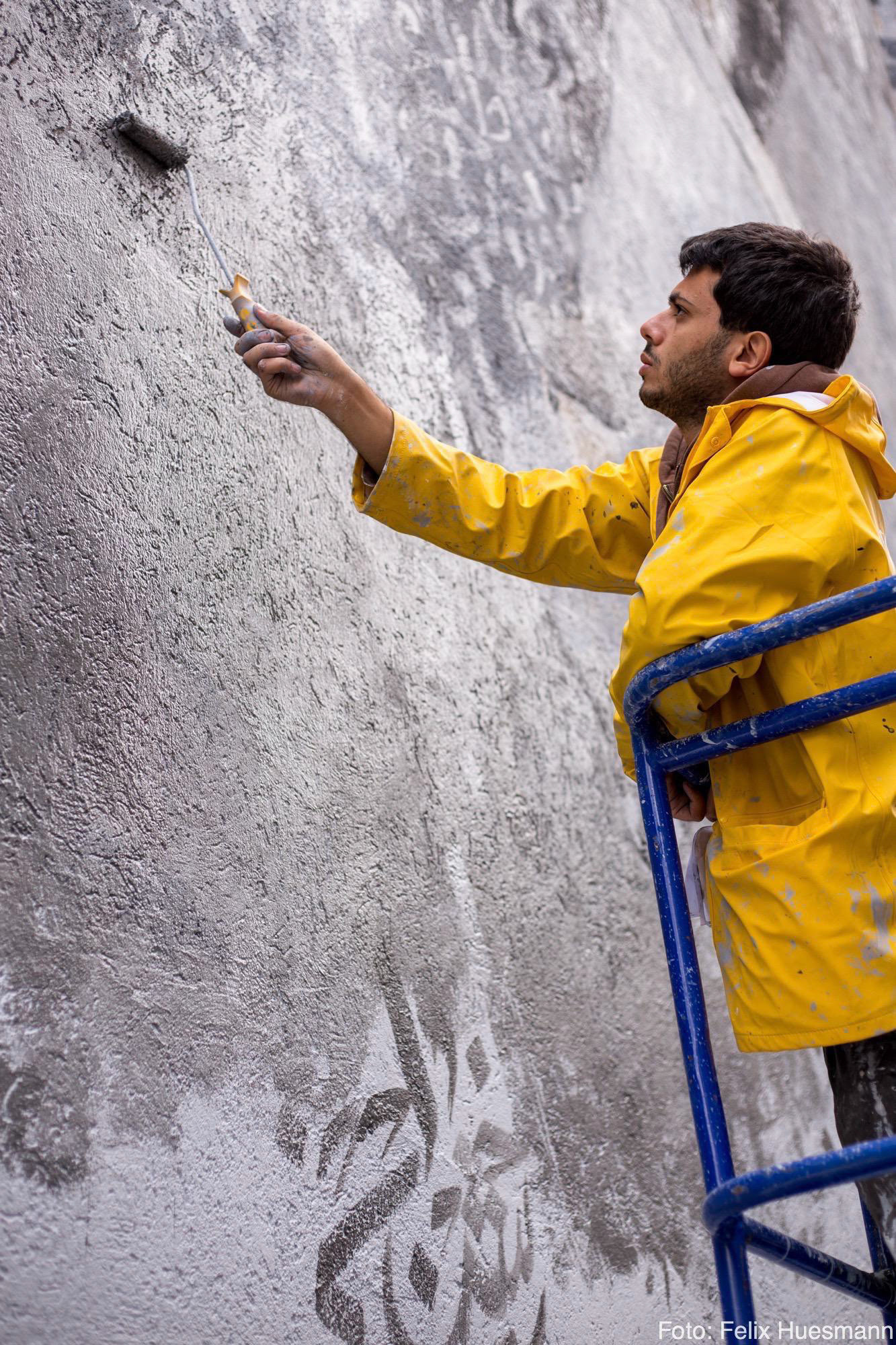 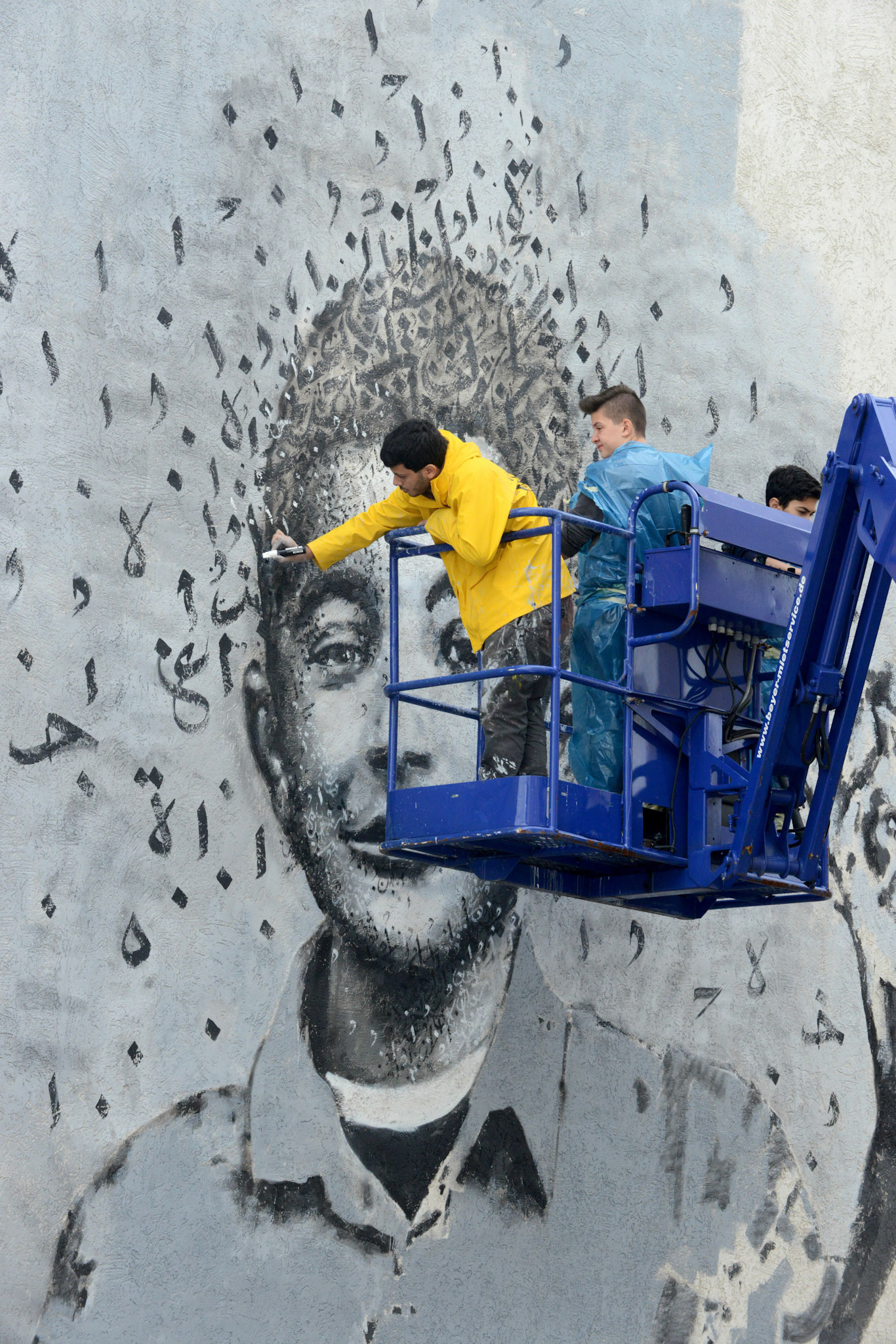 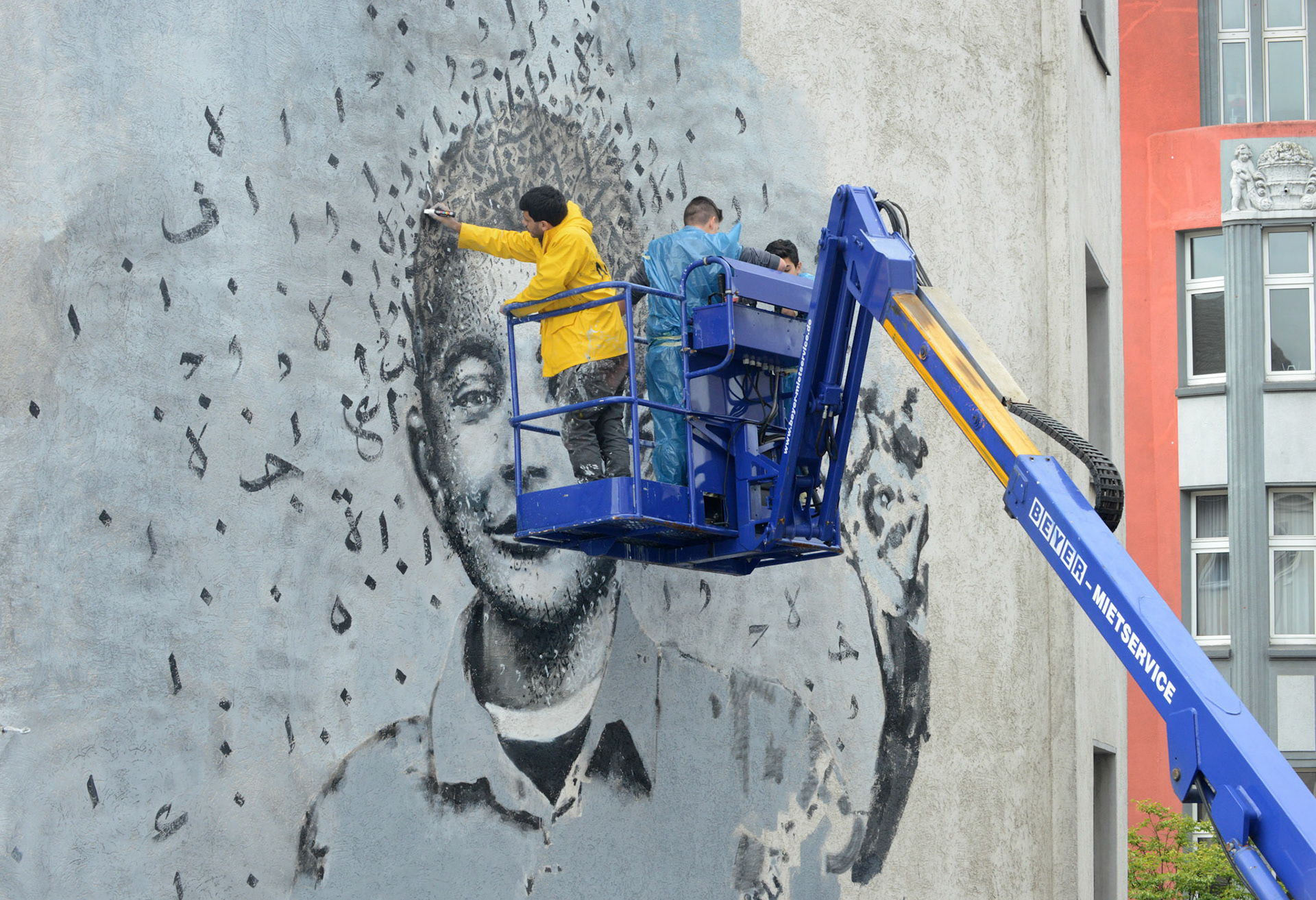 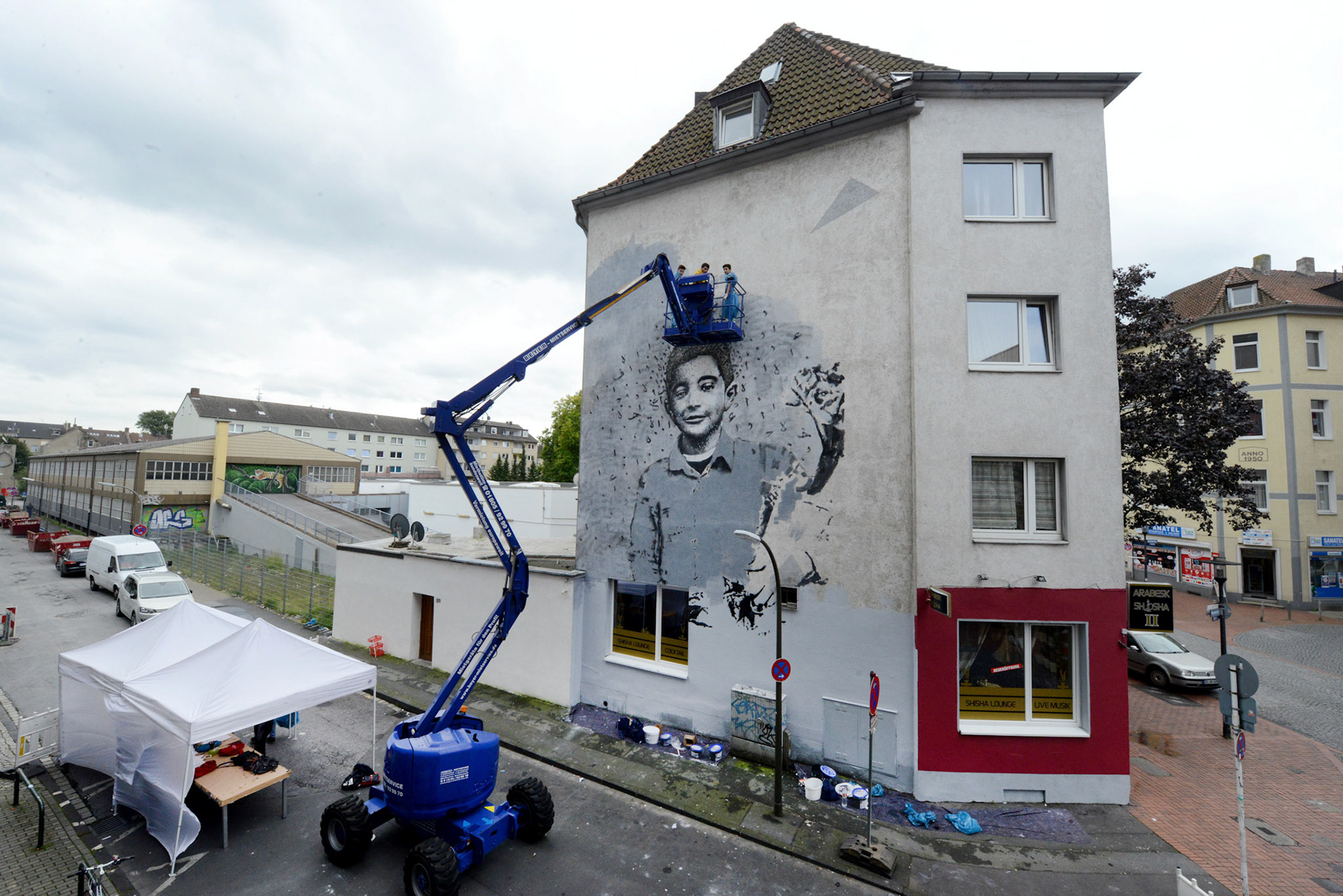 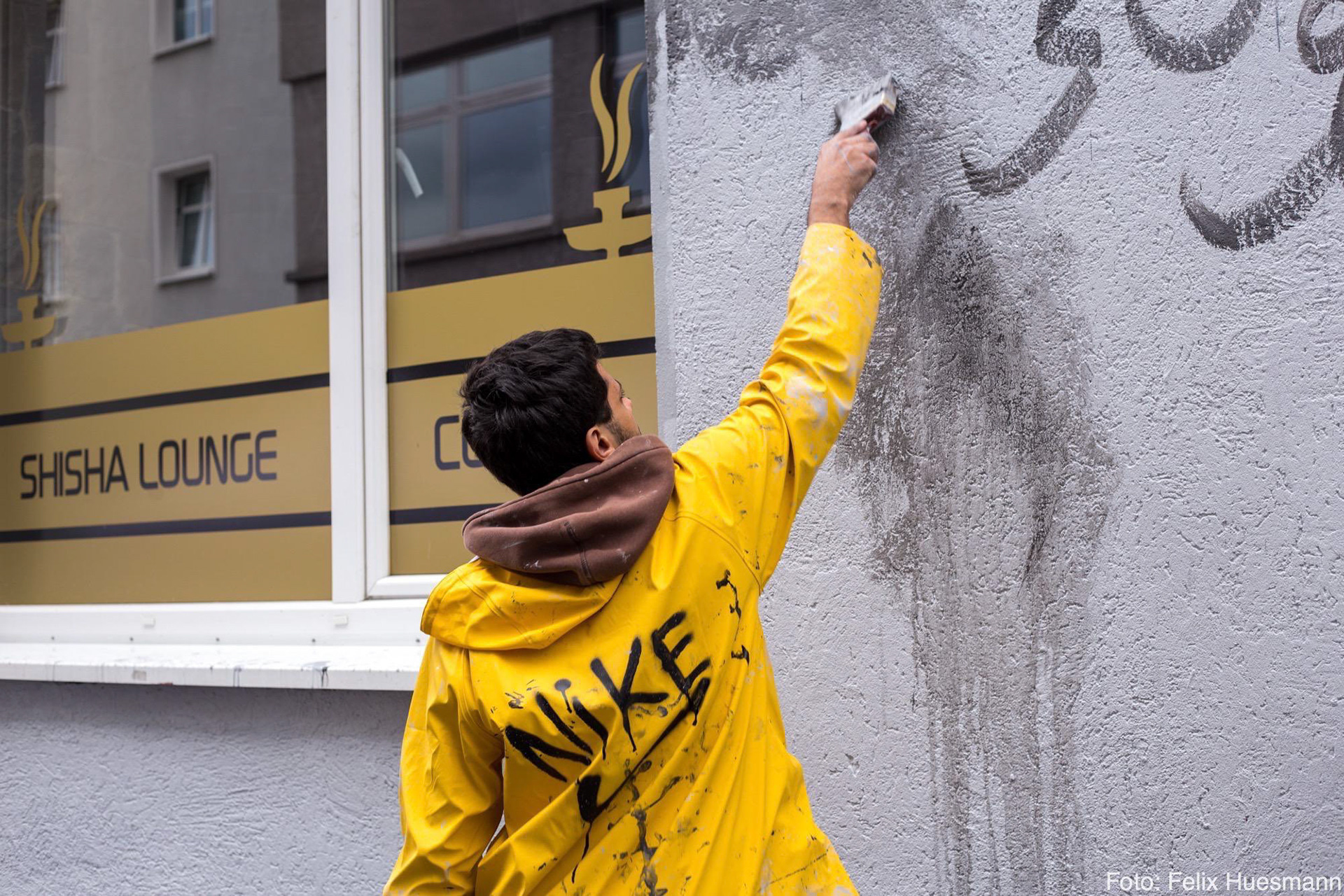